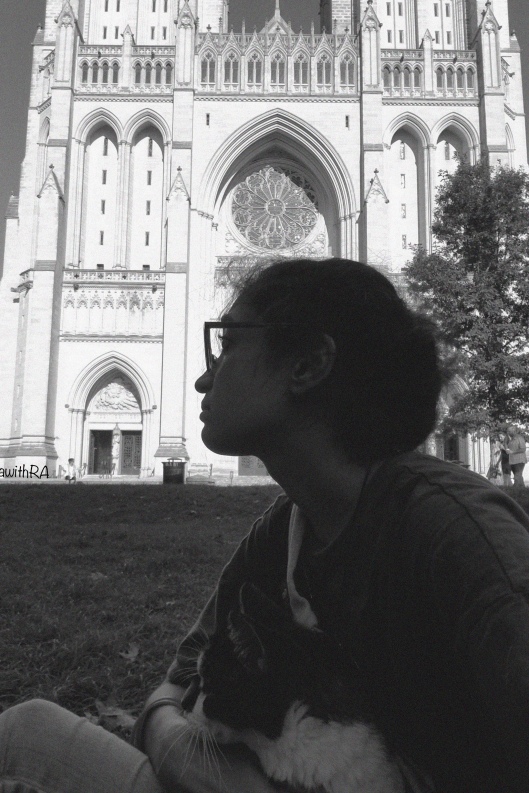 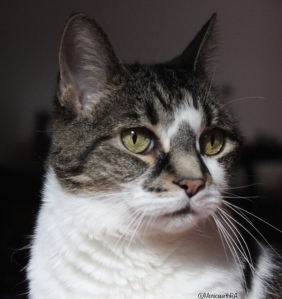 I was lucky she didn’t work after I was born. She stayed at home with me. She drove me to school every day. We played the license plate game and I memorized the states on the map. I recited Japanese and Spanish. She cooked my meals every night and made me do logic problems at the dinner table. She dragged me to all her appointments and let me sit there quietly and patiently like a good little Asian kid.

I had a lot of balance issues as a child. I didn’t swing my arms properly and couldn’t walk in a straight line. I also fell a lot. She worked tirelessly with me on my gross motor skills. (Guess what, Mami, I’m a balance climber now!) She helped me with my homework. She spoke with me in Spanish. She painstakingly dressed me so that nobody knew I didn’t give a flying rat’s ass about my appearance. 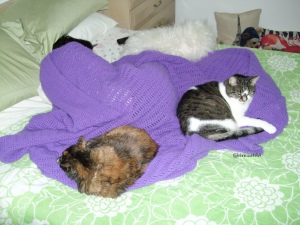 Would anyone spend that much time on their child? I’m sure most parents wanted to, but the reality was they couldn’t. My mother rarely took time for herself because she poured her every waking moment into my existence. I was lucky to have such an attentive parent. Both my parents were extraordinarily loving however, my father traveled for work. He just wasn’t physically home all the time.

After Mum died I felt very alone. Life was foreign. My favorite person was nowhere. The house was empty. I turned the corner, nobody was there. I went outside, there was no one to call me in for dinner. 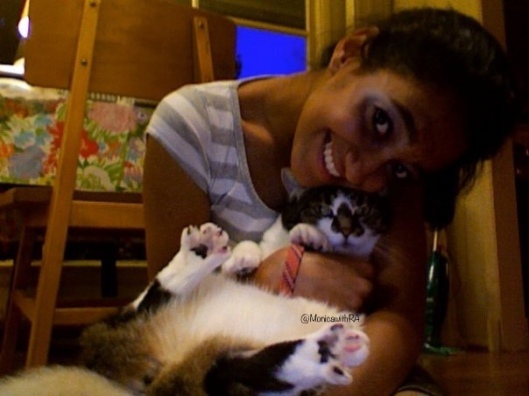 I felt deserted even though our extremely large family flocked to our sides in support. Friends came out of the woodwork and wept with us, people I didn’t know materialized out of thin air, but, none of them were my mom. And nobody could be.

She was not the only thing that died on August 6, 2002. I lost the most powerful connection I had to anyone, one I would never recapture. I suffered a loss I still don’t understand. Nothing could ever fill in that massive gap left over from a trauma like this.

I have done nothing to deserve anyone (human or other species) like her. Even if I were the nicest, most altruistic person in the world, I could never justify Marmalade’s presence in my life. She is patient, kind, and gentle. Above all, she is maternal. She honestly believes she is my mother and cares for me like no one else.

She was a hospital cat at the clinic I worked at because the technician who previously owned her could not own pets in her new apartment. It’s weird to think “Samantha” was someone else’s love. Dad often says somewhere else she would have been your normal, run of the mill cat but she found her purpose with me. I needed security and stability and that is what Marmalade gave me. 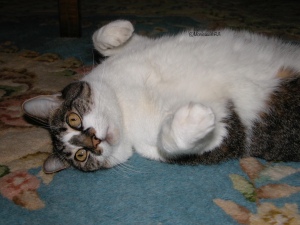 We adopted her seven days after my mother passed away and she must have picked up on something because since day one she was my caretaker and protector. She followed at my heels, she sat on me when I hurt, and she defended me from the world. 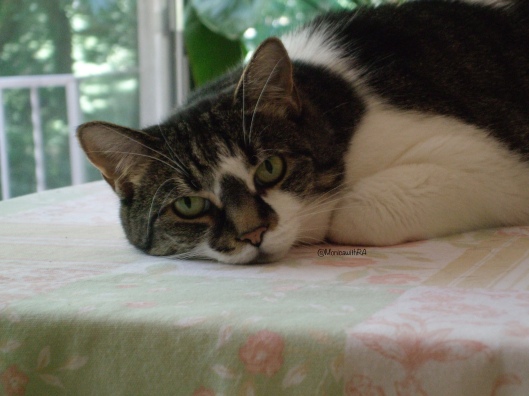 She sat with her front paws on my mouth when I got braces. She lay on my arms and legs when I had nightmares. She hit Dad and my friends if they tried to wake me from naps.

I was a kid and she cared for me. When I was sick she never left my side. She didn’t eat, she didn’t use the litter box, she didn’t even drink water. She only took the time for herself when I dragged myself to the kitchen. Once, I didn’t wait for her and I returned to my room. She screamed bloody murder until she found me (no exaggerations). Just like my mother, she existed for me. 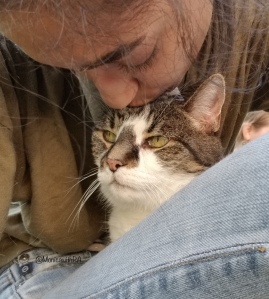 Life happens in a very strange way. Through the greatest loss of my life, I experienced the greatest love. Dad reminds me if my mom had lived I wouldn’t need the same type of relationship. Everything would be different. I would have never met Marmalade, Sunsilk (Affie, or the others). But, it doesn’t help to dwell on what could have been or not been. 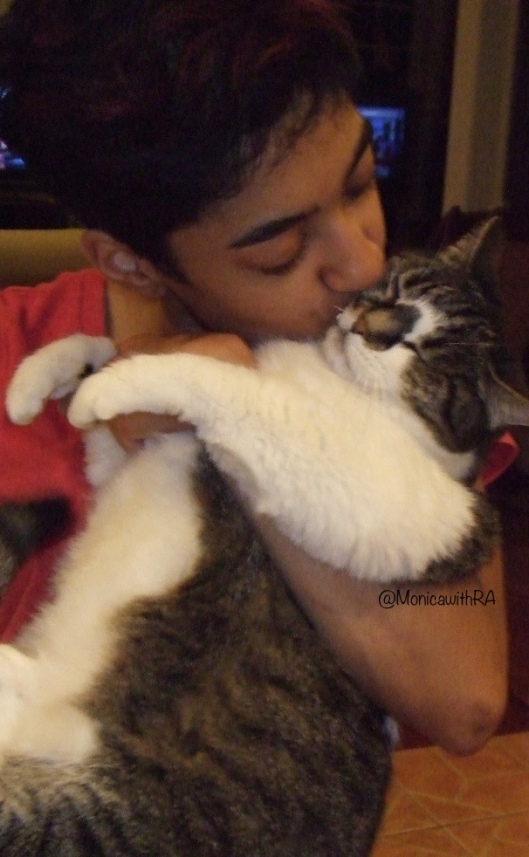 Marmalade is 17 years old. She is near the end of her life any way I slice it. She is very healthy (not even given her age) but what’s going to happen when she dies? She’s physically been in my life longer than any human and our relationship is stronger than any I’ve had. Dad thinks M’s passing will be traumatizing to me and he honestly doesn’t know how I will react. Will it the straw that broke the camel’s back? I’ve been through a lot and come out the other side. Because Marmalade was there. What happens when she’s not? Am I going to make it?

I truly believe we learn from everything and everyone. I credit my parents for who I am (all that nurture vs. nature stuff) but I also owe a lot to Marmalade. She taught me how to be totally secure in myself — to a fault sometimes — and to be strong.

She was my training wheels. She got me through everything at my most vulnerable time. She appeared at the time I needed her most; when I mourned a massive loss. Little did I know that in time, she will become my biggest one. 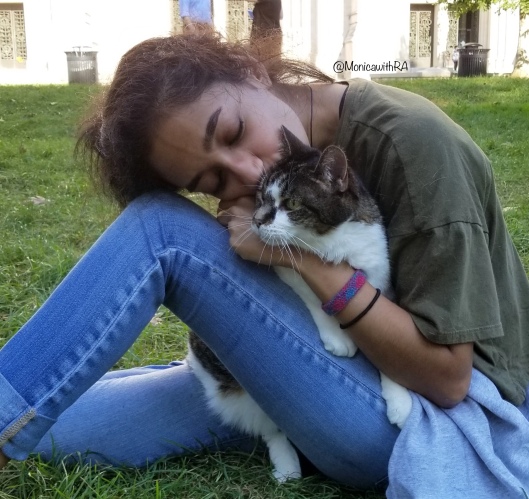 To my beautiful, darling girl: I will always love you the “mostest ever”. RIP Gorgeous Girl. 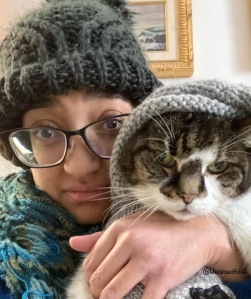