This year I’m trying something a bit different. I will match each look with something RA-related. I am not sure I can for every single color but I will try my darn-dest!

For the first day, I went with a simple ombre red with some sort of abstract design. Yes, specific, aren’t I?? This look represents every single blood draw I sit through for my Rheumatoid Arthritis. Techs prick me at least twice a month, sometimes more. They are so consistent that the vein in my left arm is permanently inflamed. You know how after you exercise your veins pop out and you feel “pumped”. That’s what the vein on my inner elbow looks like all the time.

Funny story: My blood has bled these four shades before depending on my health and hydration levels…Have you experienced the same thing?

Anyways, check out the Inlinkz below to see all the other cool designs and don’t forget to use the social media tag: #31dc2017!

(from pinky to index)

During this challenge I had to go through my nail polish spreadsheet to look up names and brands but since the beginning I knew I’d use Chanel’s Vibrato for the V prompt.

This blue is just as saturated and bright in real life and it makes me so happy! I was on a strict no-buy when this shade came out in Fall 2015 but I had to break it. I bought this and Fortissimo (both part of the Les Bleu de Chanel collection) and I’m so glad I did. No regrets because Chanel does blue beauty so well!

I hope you like my striping tape and gradient look. I still hate striping tape. Next time, I’m free handing that V or X (whatever you choose to see)!

So, why is it with so much variety we are such creatures of habit, content in a rut, rarely venturing out to experience new things?

“Can zebras change their stripes?” is the age old question akin to “which came first, the chicken or the egg?”

Each zebra has a unique pattern much like each human has an individual set of fingerprints. A zebra’s fur boils down to its genetics: how long each hair grows, what pattern, what ratio of white to black.

So, can a zebra change its stripes? Biologically, the answer is no. If you shave everything off, the hair grows back the same way.

But, what if the answer is yes?

Remember the (read: white and gold) dress that broke the internet a couple of years ago? Obviously, the garment is manufactured with certain colors. It is not made with magical threads that shift color with light or computer model. Nevertheless, people were up in arms that what they saw was correct! “It is blue and black!” “No, you’re SO wrong, it’s white and gold. Get your eyes checked, idiot!”

The dress is, in fact, black and blue, but slight differences in ambient lighting and retinal recognition change everyone’s perception. Perception, it all came down to perception; which on its own is not a quantifiable phenomenon. Perception is an individual, subjective opinion that, by definition, varies from person to person.

So, back to the question, can a zebra change it’s stripes?

Yes, it can because it all depends on how we see it. Like the dress, people swear the zebra is white with black stripes while others maintain it’s black with white ones. Occasionally the fully colorblind people will say zebras sport a greyscale pattern because they see the gradients more clearly without color.

And, just how everyone quickly expresses their opinion as testament, I also ask “can a human change it’s stripes?”.

Someone once told me pets slowed down as they aged.

I don’t know if I’m losing steam or these guys are just picking it up but all I know is I cannot keep up with them anymore!

They run too fast, play too hard (when they want) and expect me to act as young as them! 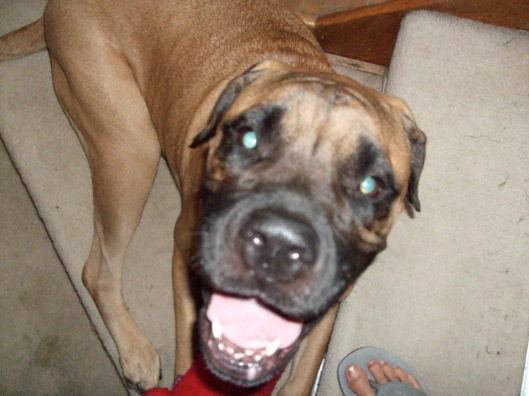 I have always been uncoordinated and clumsy but miraculously never broke any bones. Because of this, I didn’t have too much experience with X-rays…which I guess is a good thing.

A year ago, my rheumatologists took X-rays of my hands to make sure my joints and bones were not deteriorating and I have to say: if, for whatever reason, my skeleton is needed for scientific research I would happily lend it out. I have the most beautiful bones!

They are perfectly proportioned, slim and fitted, with no kinks or dents. Oh, and no joint erosion!

I am short, smiley, sassy.

How would you describe yourself in 5 words or less?

Let me know in the comments below!!